Software technology alone cannot help take a beautiful product shot, but it can help simplify and speed up the process.  Whether for eCommerce or print, Ortery has created several workflows and tools that make product photography in still, 360, 3D, video or lifestyle format faster and easier than ever before.

Image Capture:  While lighting, camera and product placement changes are being made, the user can see them happen in real time on their monitor screen. This ‘what you see is what you get’ preview makes it easy to compose and take the best picture.

By taking a great picture, the need for editing is either minimized or eliminated.

Batch-Editing, Processing and Saving:  Once a picture is taken, the same program can be used to automatically edit, process and save images for online, internal or print publication

The trick has been creating a user interface and photography workflows that are easy enough for a beginner and flexible enough for a pro. Ortery's software feature, AfterImage allows user to overlay a transparent image on the real time preview to ensure for consistent product placement and camera positioning for every item shot. Product photography has never been so simple

By controlling the important photography variables and workflows with Software in a repeatable manner, our solutions were able to do more, faster.  In 2006, we launched our first 360 turntable.  In 2008, we launched the world’s first photography machine capable of automatically creating hemispherical and full spherical product views. Turntables were calibrated, best settings were memorized and customers started using our solutions around the clock.

Ortery has spent years finding ways to accelerate product photography.  Not acceleration for acceleration’s sake, but for creating the fastest, repeatable workflow that produces the best photographs for a specific task. For example, solving how to quickly take a picture on pure white so it can be used on Amazon.com and fulfill Amazon’s product photography requirements. Being the first to do this, we proudly coined this act as ‘Product Photography Automation’. Here is a list of just some of the tools found in the Ortery photography software technology that both simplify and accelerate product photography:

Live Preview:    See exactly what pictures will look like before taking the picture.

Pre-Crop:    Users can set the specific crop ratio they need (for example, Amazon requires a 1:1 crop) inside the Live Preview to compose the best picture. Eliminates unnecessary editing.

Fixed Ratio:    Images captured in PNG format can be automatically adjusted so the margins surrounding the product are equal.

AfterImage:    An AfterImage is an overlay of a previous product or shape. It is placed over the Live Preview to guide the next product being placed. It guarantees product placement consistency.

Custom Define:    Easily create a sequence of still shots from different angles (top, front, left, right, back and bottom) that can be saved and reused to automate image capture.

Focus Stacking:    Eliminate depth of field issues - ensure perfect focus from the front to the back of your product.

Direct Image Export:  Takes pictures and automatically exports or saves them according to a predefined program or location.

Omni-channel Saving:    Process and save captured images (edit, name, size, etc.) for use in multiple channels with one click.

Batch Saving:   Select several shots of the same product and batch save them multiple ways.

Profiles:    Tools in the Ortery Capture software used to memorize the best settings for reuse.

LiveLight:    Move an icon around the Live Preview to automatically change the intensity of light coming from different angles.

AutoMask / AutoPNG / AutoBKG:    Different ways to automatically knock out backgrounds during image capture. (not while editing).

Making Automated 360, and 3D (hemispherical and full spherical) a Reality

Creating 360 and 3D animations or a 360 video with an Ortery 360 system puts the user in the driver’s seat to creativity. Every aspect of how the product will be displayed can be controlled and repeated for speed.

Capture Speed and Workflow:   Whether it's hardware upgrades or workflow tweaks, we are constantly working on how to make the creation of 360 and 3D animations faster and easier.

Multiple Camera Control:   The ability to control and fire multiple cameras at the same time dramatically increases the capture speed of 3D product photography. It also allows for automation where multiple angles are to be captured at once or in a fixed sequence.

HTML5 Profiles:   These profiles are used to define the look and feel and the interactive characteristics (spin type, spin speed, magnification, button style, load style, social media options, etc.) of a 360 or 3D animation. The combination of display options are almost endless.

Website Integration:   Ortery has created a complete environment around the creation, hosting and viewing of HTML5 animations. Users can save animations directly to the cloud (www.saasphoto.com) and Ortery provides a free implementation guide as well as plug-ins for displaying 360 content on the main eCommerce platforms.

Interactive Animation Size and Storage:   Ortery has Optimized 360 animations from both a storage and distribution perspective, especially for mobile viewing. 360 and 3D output are fully responsive and optimized for speed.

Interactive Video:   While most videos are simply watched, this type of video allows the user to play with and manipulate the view.

Video from Stills:   Turn series of JPGs into MP4 or MOV files to make your point.

Each output type – JPG, PNG, TIFF, RAW, MOV, MP4, HTML5, GIF – is just the beginning. Ortery systems allow you to capture images on pure white, transparent or lifestyle backgrounds for output in still, 360, 3D and video formats. This can be done on the fly with creativity in mind or within the confines of a detailed specification to meet the desired visual needs.

Whether it's a lifestyle video, interview or 360 video capture, the Ortery photo capture software can do it. The workflows include capture, editing and export.

Your Next Picture Could be of Anything,
So We Created a Solution for Shooting Everything! 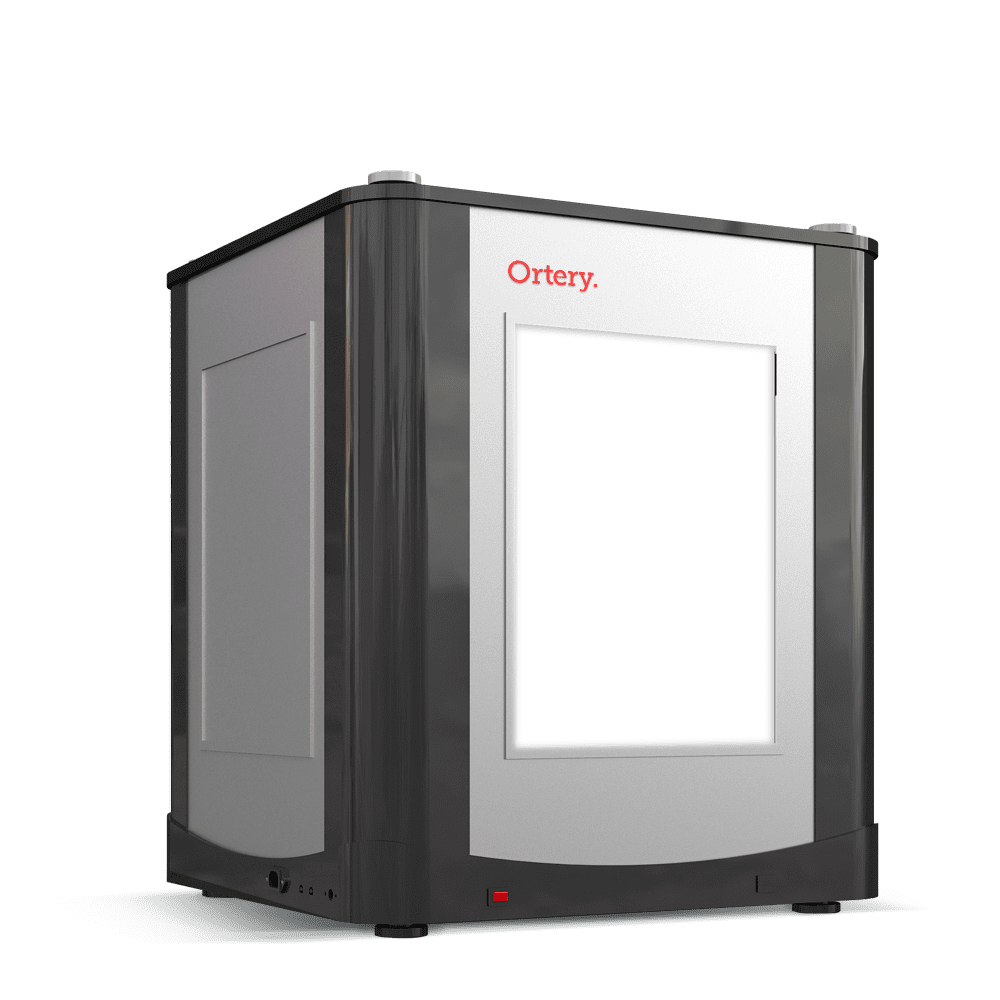 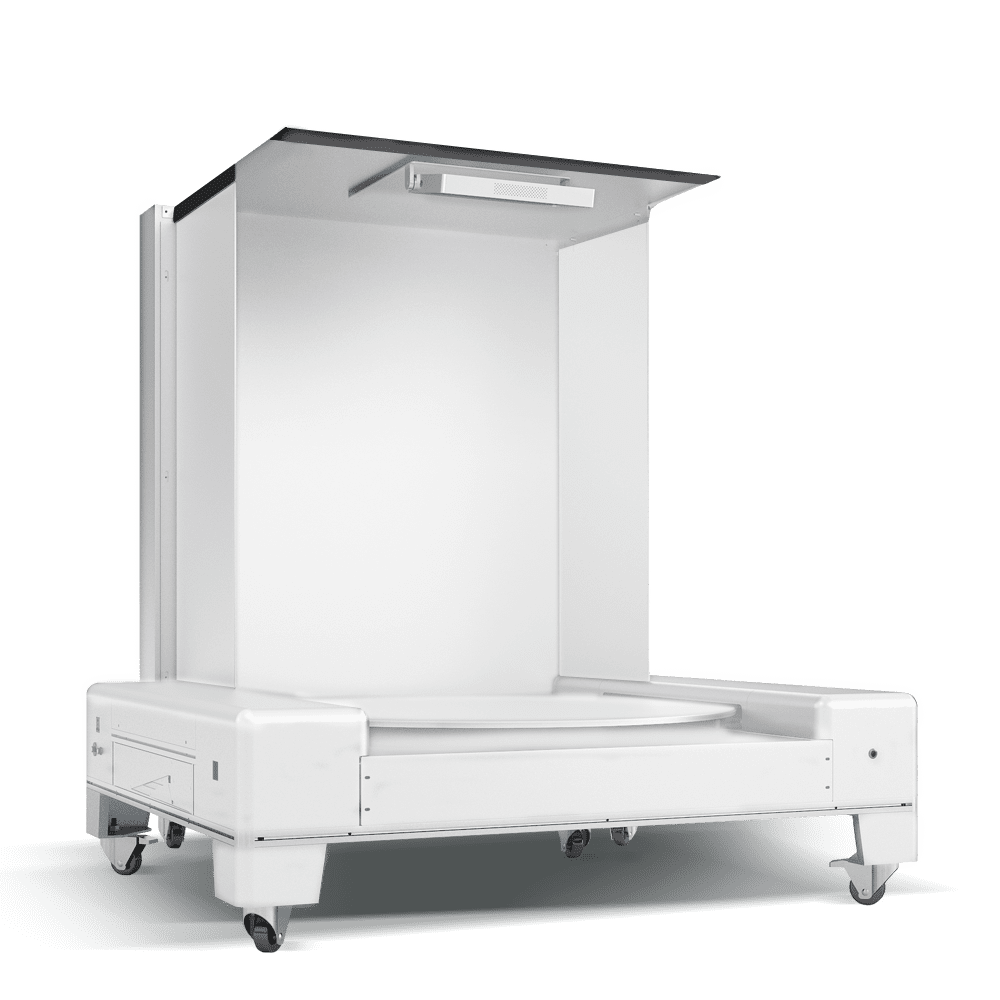 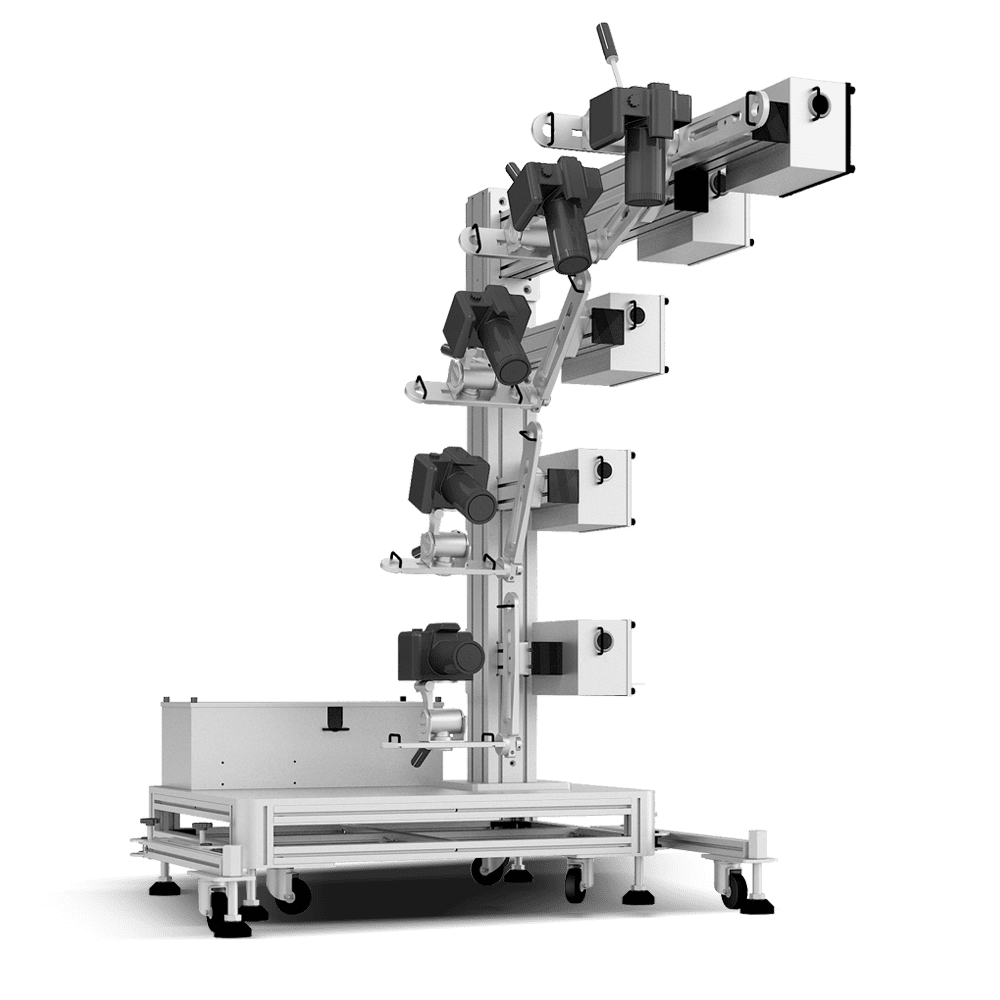 XAs a California Company, our website or our third-party tools process personal data. We do not use your personal information for anything other than analytics. You may opt out by using the link. Do not sell my personal information.. Read MoreAcceptCookie Settings
Manage consent